Here's how Leony has helped her clients . . . Skip to content

George is a 78 year old widow who still lives in the home he and his late wife raised their family in. He was concerned about the fees and delays associated with the probate process he’d heard about and wanted to make things as simple as possible for his only son, the beneficiary of George’s estate.

George had his assets scattered amongst 4 different banks in a variety of GIC’s, Mutual Funds, RRIF’s, Canada Savings Bonds and Savings accounts. Through our discussions, George confirmed it was becoming more of a burden to keep up with all of the GIC maturity dates and confusing statements from several different banks. He also envisioned when he becomes an angel, it would be a lot of work for his Executor or his son to deal with at least 4 different banks and many accounts.

I introduced George to Segregated Funds because of their estate planning benefits and he was very interested. I explained that any savings or investments held in a Segregated Fund by-passes the entire probate process and all the fees. Segregated Funds also offer principle guarantees upon maturity as well as death, so his estate would be protected from the possibility of a market downturn. He asked why he had never heard about them before, so I explained that the banks don’t offer them, only Canadian life insurance companies can offer them, through licensed advisors.

We compared the estimated probate costs of leaving his assets as is at the bank,
or consolidating them into Segregated Funds for simplicity and the estate planning benefits.

Since moving his savings over to Segregated Funds, George now has peace of mind that his estate plan has been addressed and that he has simplified his estate for his son. He is now confident that within days of George becoming an angel, there will be funds available to his son, there will be very little of his hard earned estate that is eroded by fees and that his son will have a compassionate advisor to guide him. 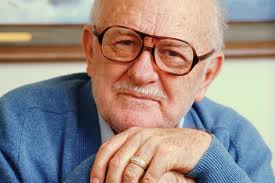 If you are interested in finding out how we can personalize our service to suit your individual needs, call or e-mail for a free consultation

I first met Joan at a seminar where I was speaking about Estate Planning. She wasn’t happy with the interest rates she was being given at her bank upon the renewal of her GIC’s and was looking for alternatives to out-pace inflation. Joan learned about Segregated Funds and liked the estate planning benefits but wondered what kind of returns she could get. I let her know that she had a full range of choices from cashable GIC’s to Bond funds, as well as Dividend and Equity funds.

Once we met for a personal consultation, Joan felt that Segregated Funds were the best solution and decided to go into the Bond and Dividend Funds. As her other GIC’s came due, we kept moving the funds over to her Segregated Fund account.

Unfortunately, Joan became an angel before we could move everything over and she still had $100,000 in a GIC at the bank that wasn’t maturing for another 3 years.

This is when I met Lynn, who contacted me a few days after her Mom’s passing. We met to complete the one page claimant’s form and I assured Lynn I was available if she needed any assistance as the Executor. Lynn was hopeful the job would be easy, since her Mom named her as the Joint Owner on her GIC and her bank accounts. Lynn hadn’t been able to get an appointment with the lawyer yet, but would keep me posted.

About 10 days later, I contacted Lynn to let her know the proceeds from the Segregated Funds were ready to be couriered out to her and asked how things were going with the bank.

Lynn was very frustrated that the bank would not give her access to her Mom’s bank accounts – even though she was a joint owner and told her she would have to wait until the maturity date to access the funds in the GIC. I explained to Lynn that due to recent Supreme Court rulings on the grey area of intent of joint accounts, the banks are now erring on the side of caution and not automatically releasing funds to joint account holders. To protect themselves, the banks are insisting on waiting for the Certificate of Estate Trustee which is issued after the Will has been probated.

It ended up taking 11 weeks for Lynn to gain access to her Mom’s bank account and she still holds the GIC – awaiting its maturity date. Lynn clearly saw the benefits of investing in Segregated Funds and asked if she was old enough for Segregated Funds. I chuckled and assured her that Segregated Funds weren’t only for seniors, but investors of all ages who are looking for downside protection, principle guarantees, creditor protection and the ability to name a beneficiary or a Trustee – without having to sacrifice performance.

Lynn has since moved all her assets over to me, including her inheritance . . . and as soon as that GIC matures, we will be moving that over as well!

With the new Probate Rules that came into effect January 2015, joint assets may no longer avoid probate and may be subject to re-assessment and additional probate fees.

The case studies above are real clients, but their names have been changed to protect their privacy